ONE OUT OF EVERY FIVE WOMEN WILL BE RAPED IN THE UNITED STATES DURING THEIR LIFETIME…ONLY AN ESTIMATED ONE IN EIGHT WILL REPORT THE CRIME…THIS MOVIE WILL SHOW YOU WHY. 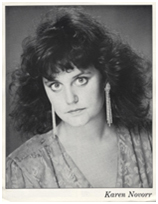 Shortly before the rape occurred

Raped by the Numbers is the true story of Karen Novorr, a young female police officer who was the victim of rape at the hands of a fellow police officer-turned rapist and serial assailant. Senior officers of the  department did everything within their power to discredit Officer Novorr while protecting one of the “good ol’ boys,” no matter how overwhelming the evidence and the injustice of the legal system. Judges and lawyers were above the law, and in fact made it up as they went along.

The sleepy town of San Clemente, California, once known as the home of the Western White House, summarily fired Officer Novorr for reporting the rape at the hands of fellow Officer David W. Bryan. Everyone from the Chief of Police through the senior staff received 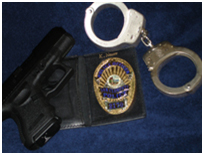 postcards from prison sent by the officer-turned sexual predator. After being released from prison, he was allowed to transfer his parole to Jefferson City, Missouri, where he apparently was not required to register as a sex offender, but rather freely roamed the streets.

This scandal ultimately lead to the dissolution of the entire police force. However, virtually all of the senior staff, although reduced in rank due to their involvement with the cover-up, were then transferred to the elite Orange County Sheriff’s Department and other departments. Some were allowed to retire with benefits at the taxpayers’ expense. 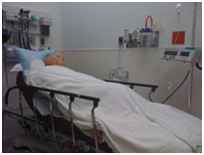 Karen Novorr undergoing chemotherapy, during which time her attorneys “Farnell & Norman” had placed a lien on her home

Even after the former officer-turned rapist, David W. Bryan, was convicted, several prominent Newport Beach attorneys allowed the case to be bungled to such an extent that the victim was left not only jobless and persecuted by the city, but with tens of thousands of dollars in legal fees. Even today, her attorneys are trying to collect from her by every means imaginable, from potentially defrauding their own insurance companies, to liens on her home, and attempting to garnish her paychecks.

Unlike the producers of the movie of the week “One of Her Own,” who loosely documented this case through the conviction of the assailant, Raped by the Numbers will show what actually happened and is still happening with/to the victims of both the rapist and the judges and lawyers who have continued the rape. We will provide the actual names and places, so that the guilty may finally be tried by the society in which they live and flaunt their “above the law” behavior and profiteering.